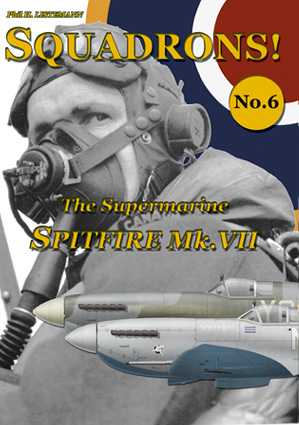 The Spitfire Mk. VII was the first attempt to re-work the airframe of the Spitfire. Dedicated to high altitude interception, the Mk.VII arrived actually too late for this, the Luftwaffe having almost deserted the sky of the British Iles. Replacing the Mk.VI in this role in Nos. 124 and 616 Sqns, the Mk.VII was underemployed for about a year (many aircraft remaining in storage), before to see its role switching  to more conventional missions, with one more squadron, the 131, joining the two Mk.VII squadrons in 1944. However, as the Mk.IX was already widely used by that time, and being more versatile, the Mk.VII was not able to have any impact over the Continent during the summer 1944. Somewhere, the Mk.VII missed its war, despite its potential. 38 pages, 40 photos, 3 colour profiles.