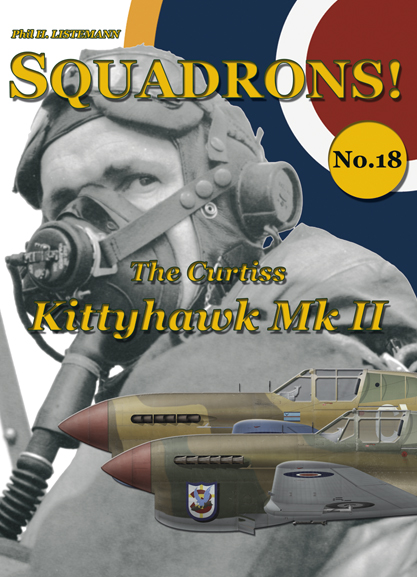 The Curtiss P-40 was the most numerous USAAF fighter on hand when the United States entered the war in December 1941. A development of the Curtiss P-36, the P-40 was essentially a P-36 equipped with an Allison inline V12 V-1710. The French were the first to express an interest in this model, known as the H-81, having already ordered the Curtiss H-75, the export version of the P-36. The Curtiss H-81 would later be purchased by the USAAC and the RAF as the Tomahawk. Curtiss continued to improve the breed and a new production model, the H-87, was soon available with a new version of the V-1710 that had a spur-gear reduction mechanism, raising the engine thrust-line. This caused the nose profile to be redesigned, hence the new Curtiss designation.

The RAF became interested in purchasing this version as the Kittyhawk for its squadrons fighting in the Western Desert and to replace the Tomahawk already in service. In all four Marks would be used by the RAF, the Mk II corresponding to the P-40F/L and would see service in only two squadrons, the Australian 3 Squadron and the British 260 Squadron and saw action for the first time shortly before the Battle of El Alamein. The full story of the Kittyhawk Mk II is here told in 38 pages illustrated with 40 photos and 5 colour profiles.