Clostermann is arguably the most famous Tempest ace. SN222 is one of the Tempest Mk V Series 2 he flew and is represented as it looked in early May 1945.

During the night of 8/9 May, the aircraft received the No 3 Squadron logo on its tail, and the Dull Red of the roundel and fin flash was replaced by a brighter shade of red. SN222 has mostly been represented with these additional markings, but is here presented in its actual late wartime markings. 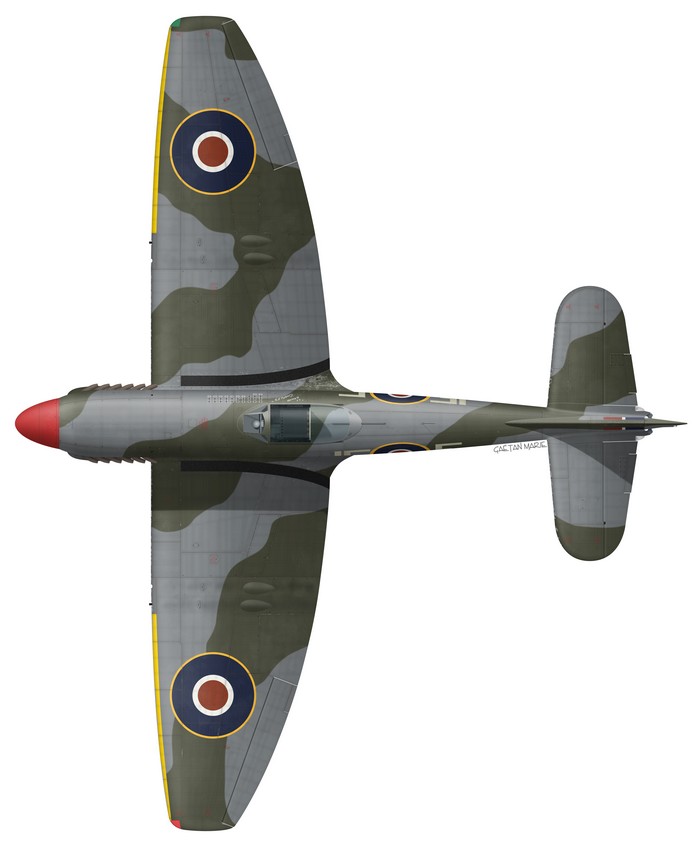 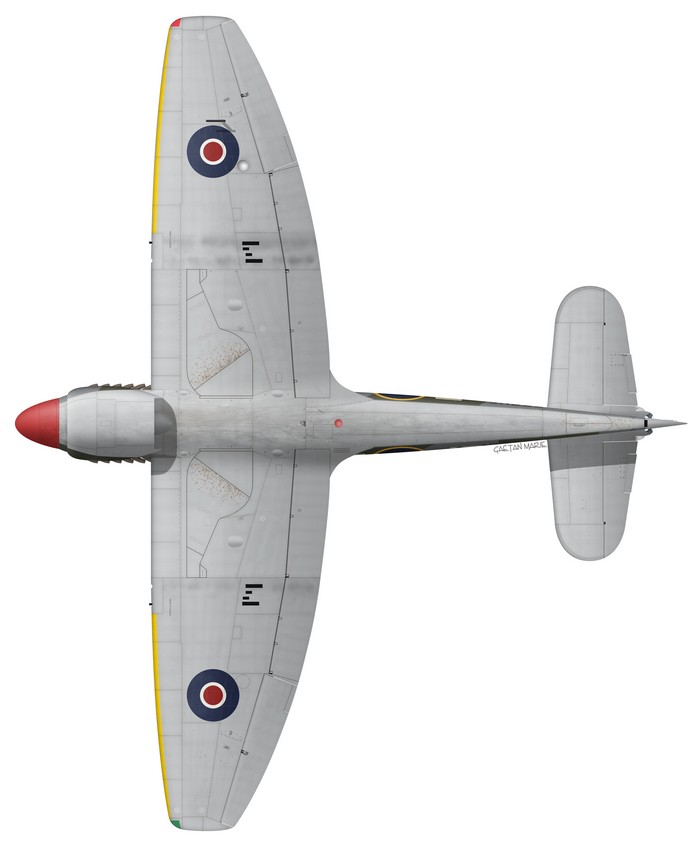 These four views were used for the creation of a maxFlite prop glider, which can be purchased directly from the maxFlite website. 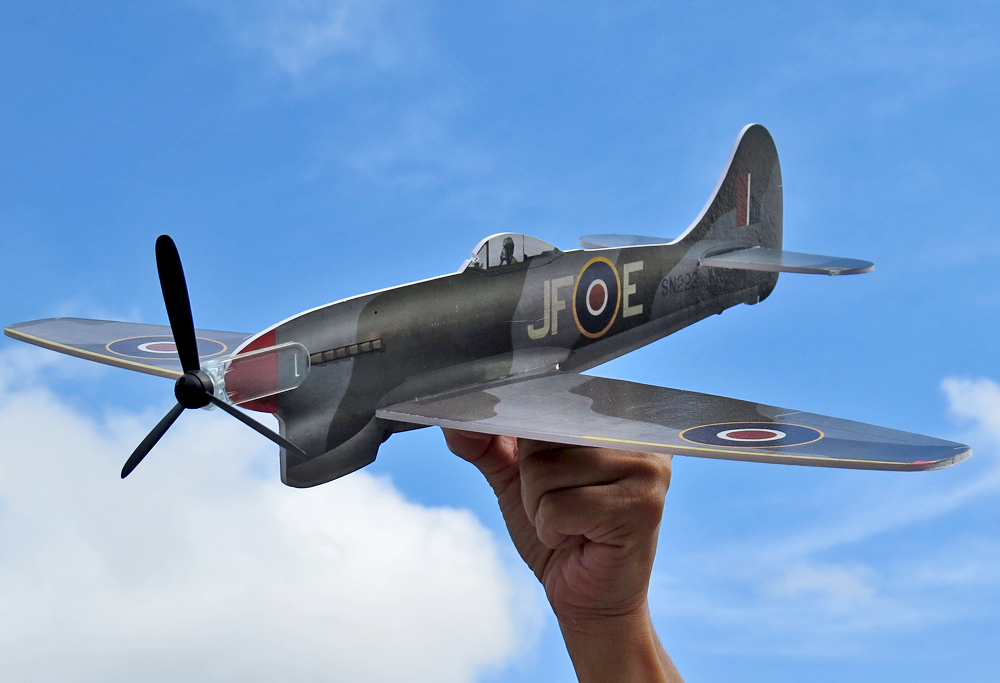