Here’s a first Corsair profile, depicting F4U-5P BuNo 122019 which was flown by VC-61’s Detachment A on board the USS Philippine Sea off the Korean coast during the winter of 1950-1951.

The F4U-5P was the photo-recon variant of the F4U-5, and could be identified by the camera windows on both sides of the fuselage. The windows had a sliding cover and are not always visible on photos. Another window was located beneath the fuselage for vertical shots, but is almost never noticeable on photos. Probably the most obvious distinguishing feature of the variant is the teardrop-shaped fairing on the fin, which housed a radio compass and was a unique feature of the F4U-5P. 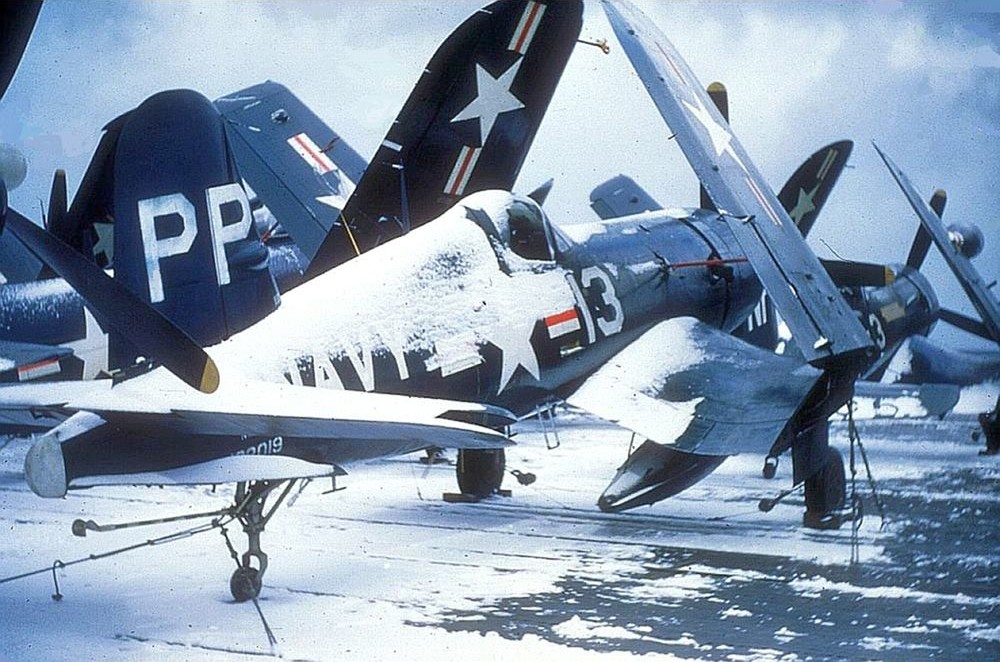