With 18 aerial victories, “Ginger” Lacey was the second most successful British pilot during the Battle of Britain. A Battle of France veteran and ace, he was shot down or forced to land 9 times by the end of the Battle of Britain but scored a total of 23 victories. He was awarded the Distinguished Flying Medal on 23 August 1940, and a second one on 26 November of the same year. His final tally was 28 enemy aircraft destroyed, five probables and nine damaged.

“Sergeant Lacey has taken part in numerous patrols against the enemy. He has displayed great determination and coolness in combat, and has destroyed six enemy aircraft.” – DFM Citation

“Sergeant Lacey has shown consistent efficiency and great courage. He has led his section on many occasions and his splendid qualities as a fighter pilot have enabled him to destroy at least 19 enemy aircraft.” – 2nd DFM citation 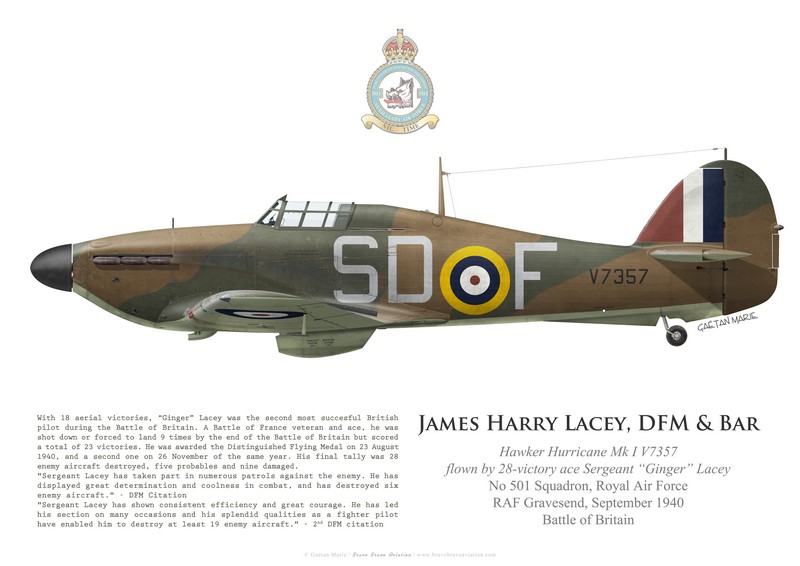