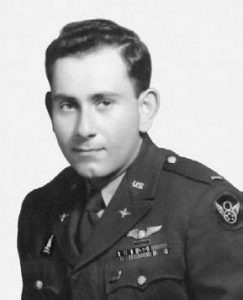 I recently learned of the passing of Stephen C. Ananian, who flew with the 339th Fighter Group during World War II.

Stephen was born on Christmas Day 1922 and joined the Army Air Corps after Pearl Harbor. He was deployed to the UK with the 339th FG and was shot down on his first mission, spending over an hour in the icy waters of the North Sea before being rescued. He later returned to his unit and flew 62 combat missions, and even shot down a Messerschmitt Me 262 jet in February 1945.

After the war, Stephen returned to the US and married Isabel Gefairjian in 1946.  He worked for over 35 years in the photoengraving industry and was very active in his community. He was also the president of the 339th Fighter Group Association for 8 years, and was the editor of their quarterly newsletter, finishing the final one only a few days before his passing on June 28. He is survived by his two sons Clifford and Stephen Jr, along with 5 grandchildren and 6 great-grandchildren.

Stephen and I got in contact a few years ago when I was making a profile of his P-51 Mustang “Baby Mine”. Stephen was very helpful in the creation of the profile and was kind enough to sign a print and send it back to me. This print is now a cherished part of my “private” collection.

Although we never got a chance to meet in person, Stephen struck me as a very selfless person, eager to help but not very interested in talking about himself. My thoughts and prayers are with Stephen’s family. Tail winds, Stephen…