Seventy-five years ago to this day, on 4 July 1944, Lt William Crawford Moseley was reported missing in action over the Bonin Islands.

Moseley was a five-victory ace flying with VF-1 “High Hats” based on the USS Yorktown in June 1944. He had joined the US Navy in 1941.

In June 1944, Moseley’s usual aircraft was F6F-3 BuNo 41438 in which he downed two A6M Zeroes and claimed a third as probable on 19 June 1944. During this engagement, Moseley’s aircraft was damaged and he couldn’t make it back to the Yorktown. As a result, Moseley landed on the USS Hornet instead. The damage was such that the Hornet’s crewmembers decided to throw 41438 overboard rather than attempt to repair it. 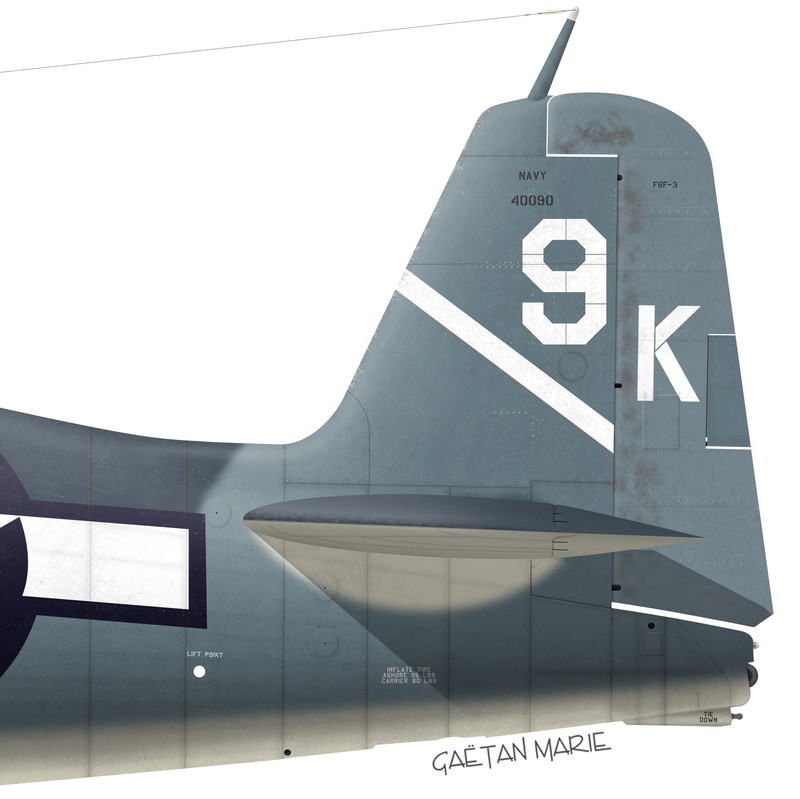 Following this, Moseley was returned to his carrier and flew this replacement Hellcat. The last digits of its Bureau Number (40090) had been hastily sprayed on the cowling while it was being transferred from the factory to its destination unit and were still visible.

On 4 July 1944, Lt Moseley was struck by antiaircraft fire over Chichi Jima airfield. He was seen bailing out from his airplane and a liferaft was dropped close to him but he was seen disappearing beneath the surface before he could reach the raft. A submarine dispatched to rescue him was not able to locate him and he was reported missing in action. His body was never recorded.

William Crawford Moseley was born in 1917 in Louisiana. He was awarded the Distinguished Flying Cross, the Purple Heart and the Air Medal.

Author’s note: I wasn’t able to find much information on William C. Moseley. If you have any information or photos of him, please leave a comment or contact me.