This is the Mitsubishi A6M2 Model 21 (c/n 5289) flown by Petty Officer First Class Takeshi Hirano during the Pearl Harbor attack on December 7, 1941. Flying from the Akagi, Hirano was part of the first wave. At 08:10 he was shot down by AA fire from the USS Helm and Fort Kamehameha near Hickam. His aircraft crashed in a building at Fort Kamehameha, killing Hirano and three soldiers on the ground. 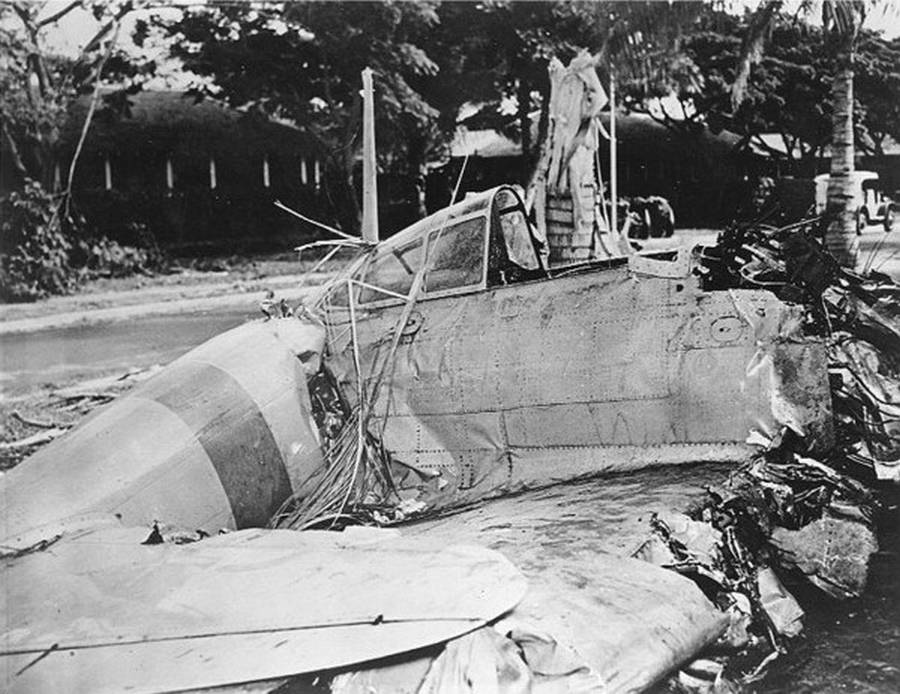 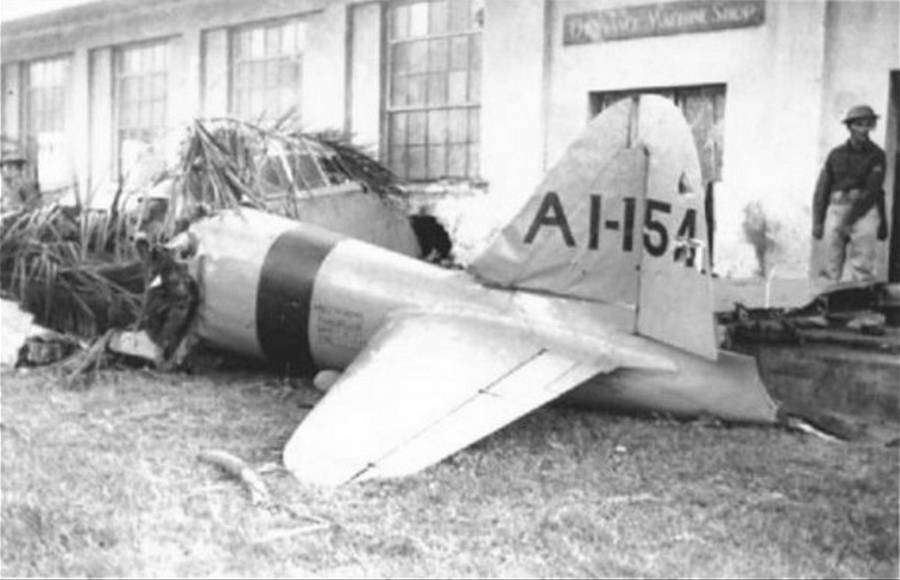