“Hot Stuff” was a B-24D-1-CO Liberator of the 330th Bomb Squadron, 93rd Bomb Group and the first 8th Air Force bomber to fly 25 combat missions. It flew its 25th mission on 7 February 1943, three months before the famous “Memphis Belle” did the same. After flying another 6 missions, the bomber and its crew were selected to return to the US to tour the country and help sell war bonds. 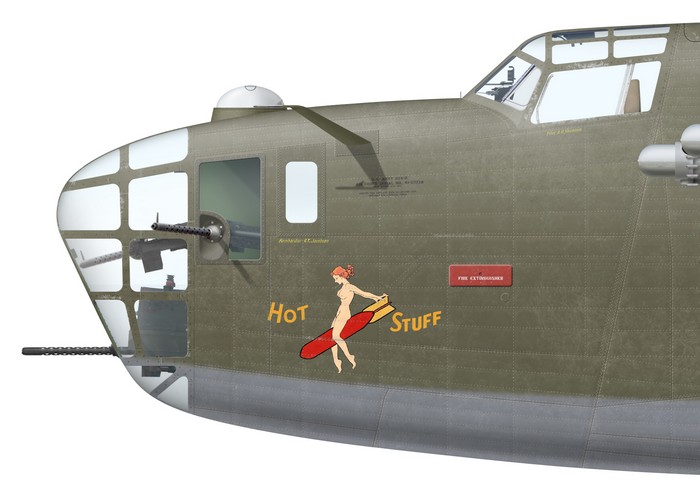 Lt. Gen. Frank Andrews, commander of the European Theater of Operations, decided to fly back with “Hot Stuff” as he knew its pilot Capt. Shannon. Several other members of Andrew’s staff also boarded the crash, replacing some of the crew members. Tragically, the aircraft crashed in Iceland during the return trip, killing everyone on board with the exception of tail gunner George Eisel. 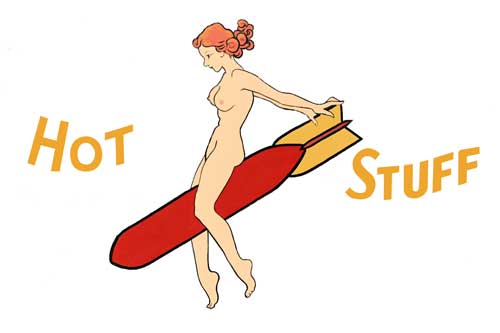 Andrews was expected to become Supreme Allied Commander but following his death Gen. Dwight Eisenhower was selected for the role. For obvious propaganda and public morale reasons, the B-17 “Memphis Belle” was later celebrated as the first aircraft to complete a tour of duty.