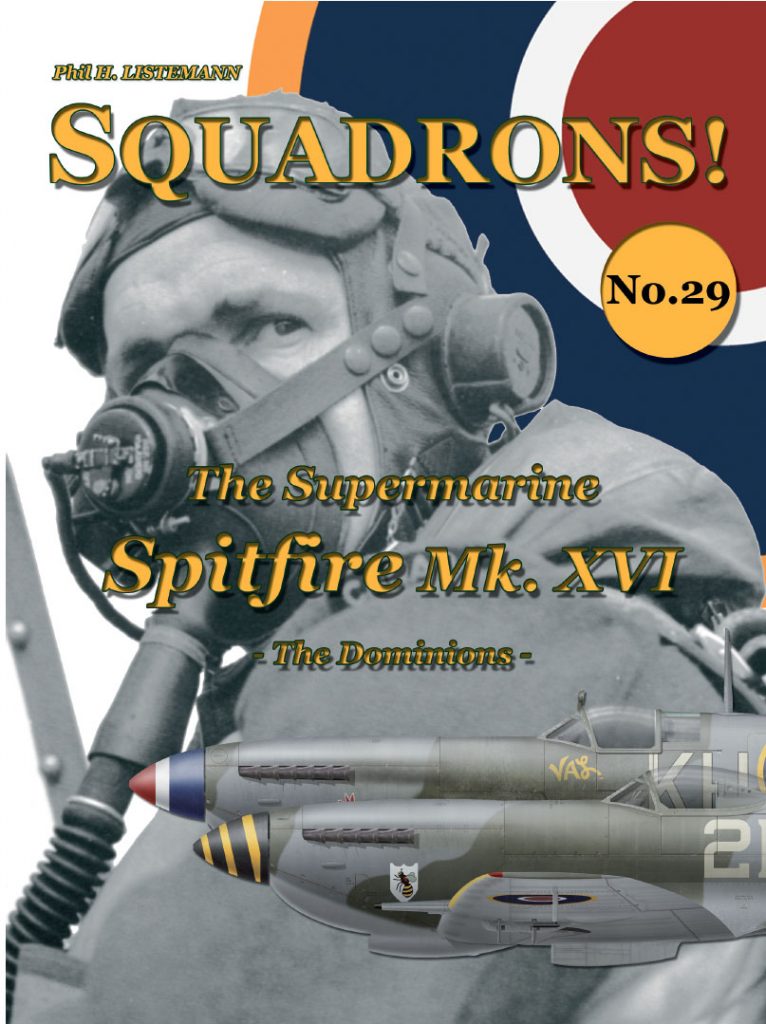 The Spitfire XVI is one of the Spitfire mark to have been so far little covered in depth. It was actually a Mk. IX engined with an American built Packard engine but otherwise it was very familar to a IX. It was used in the fighter-bomber role, from the UK with the Fighter Command or from the Continent with the 2 TAF. Of the twenty or so fighter units that flew the Mk.XVI before the end of production, roughly half were from the Dominions and six became operational on the type: four Canadian squadrons of No. 127 (RCAF) Wing of 2 TAF (Nos. 403, 416, 421 and 443), while two Australian squadrons (Nos. 451 and 453) flew their operations from the British Isles under the authority of Fighter Command. The others had been re-equipped by the end of the war in Europe, but only flew this variant for a short time. The Canadian wing achieved considerable success between November 1944 and May 1945, making this unit one of the most active of 2 TAF in the last months of the war in Europe. A previous title in connection with the British has been already published (SQUADRONS! 12). 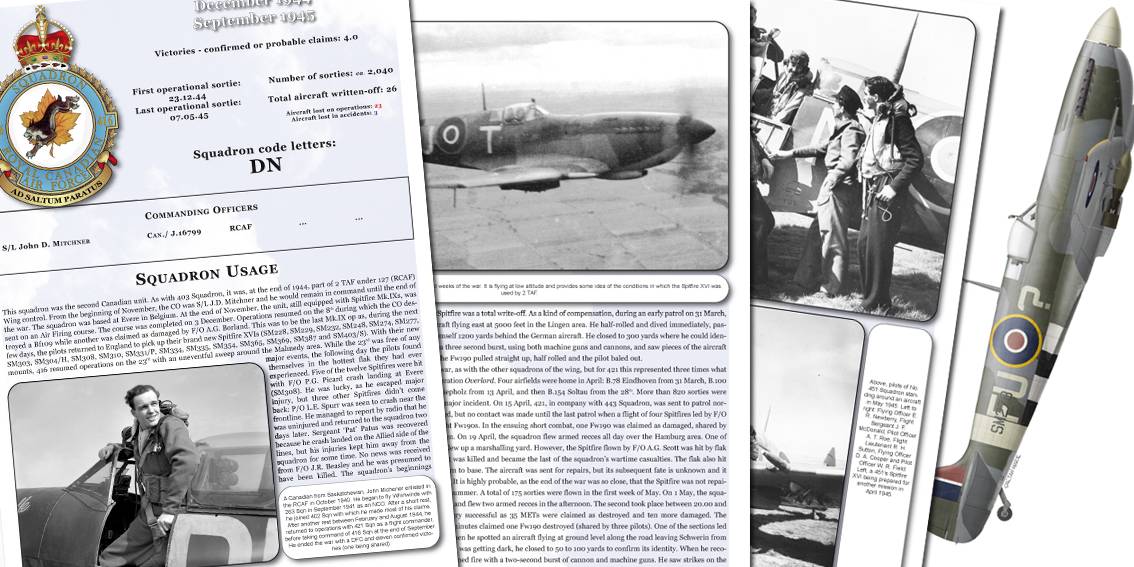