Roy Whittaker was the 57th Fighter Group’s top ace, earning 7 victories at the controls of the P-40. This P-40F was one of two aircraft he flew with the group. His most successful combat mission took place during the “Palm Sunday Massacre” on 18 April 1943, when the 57th FG stumbled upon over 100 German Ju 52/3m transports trying to resupply German troops in North Africa. While British Spitfires held the fighter escorts busy, the American pilots engaged the transports and claimed 75 of them. Whittaker’s score during this action was three enemy aircraft shot down. 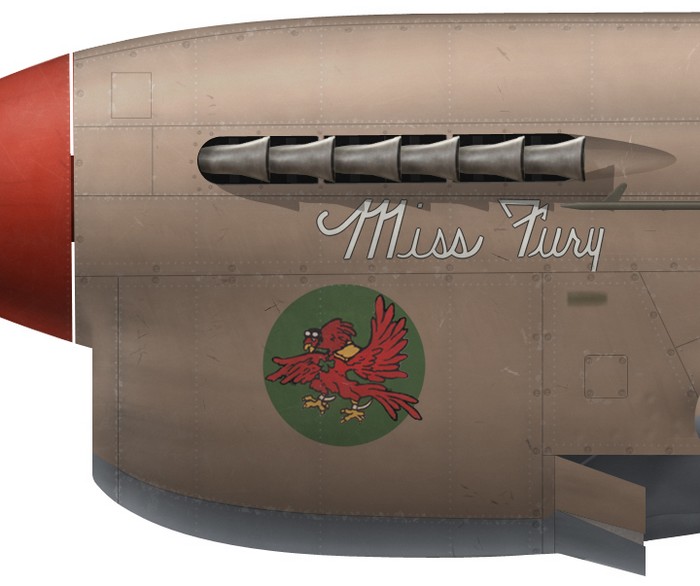