“Memphis Belle” was a Boeing B-17F-10-BO Flying Fortress and one of the first B-17 to complete 25 combat missions. It was named after pilot Robert K Morgan’s girlfriend Margaret Polk, a resident of Memphis, Tennessee. After completing its tour of operations, the aircraft returned to the US for a war bond tour and propaganda. After the war, it remained in Memphis until the 1980s, slowly degrading due to being outdoors and constantly vandalized by souvenir hunters. The aircraft had been donated to the Air Force by Memphis in the 1970s but remained on location until the National Museum of the United States Air Force recovered it and began a lengthy restoration process. It was unveiled on 17 May 2018 in the WWII Gallery at the NMUSAF, where it still stands today.

The bomber’s paint scheme evolved during its career, and even more so after it toured the US after its return. It is represented here as it looked in May 1943 when it completed its 25 combat missions.

“The Belle”, as it is sometimes called, was the subject of 1990 movie. It’s arguably the most famous aircraft of all time, along with Charles Lindbergh’s “Spirit of Saint Louis” and the B-29 Superfortress “Enola Gay” which dropped the atomic bomb on Hiroshima. Can you think of other aircraft that might be as famous as these three ? Please leave a comment below if you do ! 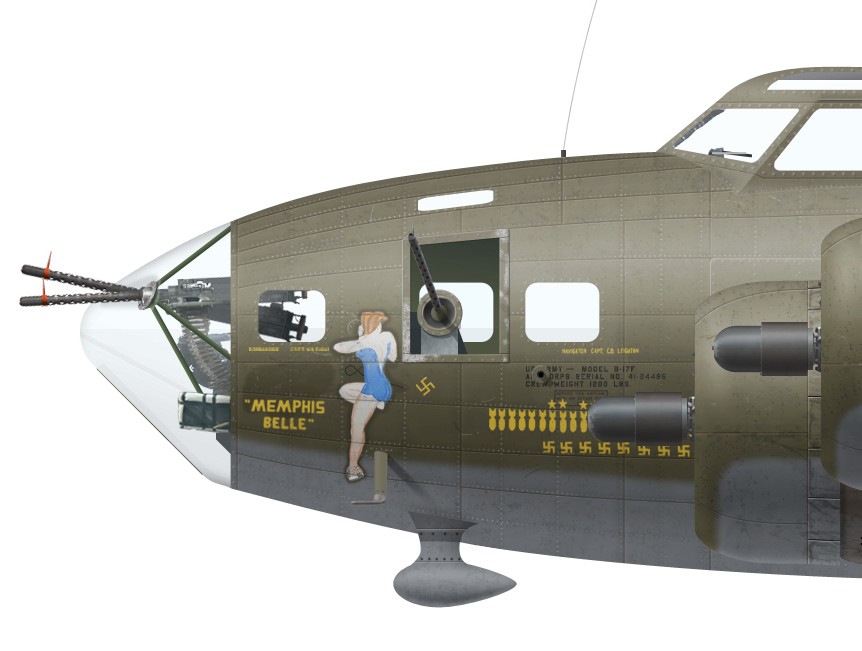